If you can't buy it, build it

Back in 2007 Paul van Niekerk, CEO of CNC Clear Cut, was involved in a steel production company for the South African auto industry. As the company grew, Paul noticed the rising popularity of plasma cutters due to the quality of cuts catching up with those made by laser cutters. Paul needed a CNC plasma cutter but couldn’t afford one. However, with two decades of experience in steel manufacturing, it occurred to him that he could probably design one himself. Paul turned to his son Kevin and said, “I think I can build one of these. Are you in?”

Paul and Kevin invested hours of labor and design into this first design in a program called Floorplan 2D. The first iteration of what would become a CNC Clear Cut plasma table was built in Paul’s garage. It wasn’t pretty, but it worked. In the end, it was massively overdesigned, took more than a year to build, and sold at a loss.

Despite the shortcomings of the first design, both father and son decided to push on. Kevin was emboldened by his father’s progress on the first design and knew that learning 3D CAD was the key to evolving the design of their plasma cutter. The team shopped for an affordable CAD solution and found most professional-grade software to be prohibitively expensive, especially for startup companies. Alibre Design provided all the tools needed at an acceptable price; so Kevin purchased a seat, enrolled in a class to learn, and was quickly using Alibre Design to create parts.

“The whole thing about Alibre Design is that you just need to be pushed in the right direction. It was really easy: you learn your plane, dimensions, how to extrude – and then you’re off to the races!” Kevin commented. “Using Alibre has been a breeze. If we ever have any issues or queries, the backup support is always tremendously helpful.”

One year after Kevin began his study of Alibre Design, the new CNC Clear Cut plasma cutter prototype was complete. Paul and Kevin hired a factory to manufacture the first edition, and they were able to secure a few cutting jobs showcasing the new machine's abilities. CNC Clear Cut purchased some advertising, but unwilling to rest on their laurels went out into the street to pass out fliers.  The hustle paid off, and the crew sold their first plasma cutter.

“The first months were tough, but in February of the second year, we got 6 orders and we’ve been growing from there. We are the first to design and develop a 5-axis plasma table in Africa and that was done with Alibre Design. It all started with spitting all the parts in Alibre,” added Kevin.

As the business grew, Alibre Design provided the 3D CAD solution CNC Clear Cut needed to ensure they were able to make modifications to the units without spending excess time and money iterating multiple physical models.

"We are the first to design and develop a 5-axis plasma table in Africa and that was done with Alibre Design. It all started with spitting all the parts in Alibre."
Kevin van Niekerk
Technical Officer, CNC Clear Cut

“The whole machine is assembled in Alibre Design, and the visuals on our website are Keyshot renders. If we see something on the assembly that isn’t working, we can make that fix right in the software. Alibre Design works for cluster assemblies as well," Kevin explains. "At the end of the day, we assemble our machines in Alibre Design and have the ability to make upgrades and changes right there ensuring that everything works. My dad always says, ‘Start from the back and work your way to the beginning.’”

From novice to master...

Not only does CNC Clear Cut design their plasma cutters in Alibre Design, they also bundle the software with CNC Clear Cut equipment. Kevin van Niekerk told us why he recommends Alibre Design for his customers in need of a CAD solution.

“For customers who don’t have CAD, Alibre Design is the perfect solution. As we are manufacturers of quite expensive machines, the affordability of Alibre Design has really helped us put together a competitive package for our clients. I feel like Alibre is the best option when it comes to first-time users because of its affordability and ease of use. Using a CNC plasma cutter without CAD is possible, but so restricting. We have seen clients who use CAD grow into multimillionaire businesses over clients who don't use CAD and struggle to keep up.”

“If you tell a customer that they’re going to pay a third of what they paid for the machine for CAD software, they’re going to swear at you. Alibre Design keeps them from swearing and is very easy for new clients to learn. They end up using it for years on end.”

"The whole machine is assembled in Alibre Design and the visuals on our website are Keyshot renders. If we see something on the assembly that isn’t working, we can make that fix right in the software. "
Kevin van Niekerk
Technical Manager
CNC Clear Cut 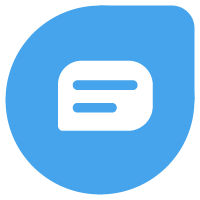