Across the Pond, Alibre Makes a Big Splash

Richmond Measurement Services of Derby, England designs instrumentation and test systems for many industrial companies. Formed in 1995, RMS works in aerospace, medical, power generation, and transport sectors. Most projects require the incorporation of commercially available components into a bespoke system. Design work is carried out using mechanical, electrical and software CAD packages. Alibre Design was chosen as the 3D mechanical design package due to its advanced features and cost-effective pricing.

“Alibre Design is ideal for part and assembly modeling of close tolerance components. We can import industry standard parts from leading manufacturers using SAT, IGES and STP formats and we can easily create bespoke components”, said Bernard Killeen, design manager for the company.

RMS works with a variety of materials including steel, aluminum, plastic, and wood.

“We even produced stereolithography models for casting platinum parts for an advanced technology aerodynamic probe,” said Bernard. RMS also works closely with machining workshops. Here, it is essential to be able to produce quality 2D detail drawings. Alibre Design’s ability to convert 3D parts quickly to 2D drawings complete with geometric dimensioning, tolerance annotation and full parts lists is a real bonus. The parametric nature means that modifications are simple to implement and changes cascade through to the drawings seamlessly.

One particular project involved the design of a pressure control system. Richmond needed to accurately control the pressure inside a series of inflatable air bags that applied the load to a panel made from a composite material. The design involved implementing a set of solenoid valves for inlet and exhaust together with an electronics PCB to monitor the bag pressures. CAD models for the valves and manifolds were obtained from the manufacturer’s website and configured for this application.

An advantageous feature of Alibre Design is the ability to combine parts into subassemblies. Once the subassembly has been defined, it can be reused many times in higher level assemblies. The printed circuit board and manifold adapter are bespoke items.

Again, a single sub-assembly can be defined. The mechanical CAD model data was used in the PCB CAD system to ensure correct spacing and location of the interacting components. The primary concern is to ensure that errors are found during the design stage and not after manufacture.

The enclosure was modeled in Alibre Design and then all the subassemblies were brought together into a top-level assembly. One of the main aims of designing this way is to define the space envelope required as early in the project as practical. The initial design took around one week to complete, and a full drawing set was produced in a few days.

Lego has advanced considerably since the company added NTX technology, servo motors, and sensors. It’s based on the same concept of building blocks for creative model making. “Lego Mindstorms” is a set of specially prepared pieces coupled with sensors, actuators, and a programmable ‘brain.’

The designers at RMS wanted to experiment with model building using Alibre Design to help record and illustrate models. Each component was reverse engineered by simply measuring each part and modeling accordingly. The parts are designed around standard interface fixings, so Alibre Design’s catalog feature was pressed into service. A catalog feature is a sketch or feature that is likely to be repeated many times across many parts. A hole with a specific diameter and depth is a typical example.

Other features such as drive hole profiles were stored as catalog features. The process of modeling all the components for the Lego NTX robot took surprisingly little time. Once the parts are created, assemblies are simple to build. Parts are placed on the work screen and located against each other using constraints. 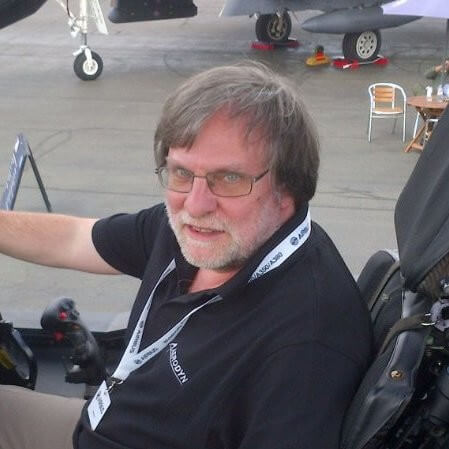