Halting Deforestation with Solar and CAD

What do you know about Madagascar? Does the word conjure up the dread you felt before a Geography exam? Are you familiar with the movie franchise? Do you know that originally there were 53 million hectares of rain forest in Madagascar?  Maybe you’re aware that 80% of the flowering plants and mammals are endemic to the island along with 95% of the islands reptilian life?

What if I told you that only 10% of that rainforest land was still around today? According to  the Association pour le Développement de l’Energie Solaire (Association for the Development of Solar Energy, or ADES) 2018 annual report, “Three-fifths of tropical rainforests have already been turned into savannas and secondary forests.” This is a problem not only for the environment but for the people of Madagascar.

While ADES focuses on Solar Energy as a whole, their Madagascar unit focuses on the production, sale, and education around efficient methods of cooking with Solar Ovens made in Alibre Design. Why solar ovens? Every year in Madagascar 120,000 hectares of forest are cut down each year, with 80% of that lumber being used for cooking due to 97% of households cooking with wood or charcoal. Paying attention to these numbers means there’s not much time to act to keep the people of Madagascar in a sustainable, environmentally friendly place.

Replacing Charcoal with the Sun

“We have three targets in Madagascar,” says Alain Wasserfallen, ADES Co-Director in Madagascar. “We want to reduce the need for wood and charcoal in households, train young people, parents and teachers in environmental issues, and reforestation by planting 45,000 trees per year.”

Combating the need for wood and charcoal in the region starts with better technology and education. That’s why Dagobert Frobel, also Co-Director Madagascar, started designing solar ovens in Alibre Design.

“A person can cook with solar cookers in Madagascar 11-months out of the year, giving people a huge advantage in fuel costs, environmental impact, stress on the chef’s body, and sanitation," adds Frobel.

ADES currently offers three different types of cookers with two being completely solar operated and a third is a more efficient conventional wood and charcoal burning stove – all of which were designed and evolved by Frobel using donated licenses of Alibre Design.

“Thanks to Alibre, we are able to construct new builds (e.g. the wheelset for the parabola) and will now have the exact mass available for production right from the start, saving us much needed money in materials costs,” comments Frobel.

“Alibre Design allows us to accurately determine the parabolic curve and the support elements so that the efficiency of cooking can be increased. Additionally, we can discuss new product ideas in 3D with our animators to see what can be improved before the first prototypes are created.” 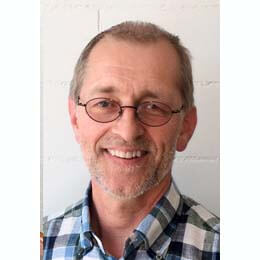 “Thanks to Alibre, we are able to construct new builds and will now have the exact mass available for production right from the start, saving us much needed money in materials costs.”
Dagobert Frobel
Co-Director, ADES - Madagascar

When electricity is scarce (20% of the population has access to electrical energy), and people are burning too much wood to be environmentally sustainable, something must be done to ensure that people can cook food that is safe to eat in an efficient manner. That’s where the ADES solar cookers come into play.

“Using a solar cooker can give Madagascans a great way to save money and cook better food with better ingredients and better cooking implements in the right space,” added Frobel, noting that often Madagascan cook over open fires on the ground, making cooking inconvenient, painful, expensive, and unsanitary.

That’s where the new Parabol model for households shines for ADES and Madagascans alike.

“First of all, the modular system allows you to add. We sell a lot of these solar cookers to schools, and every school is growing year over year, so it means they’ll be cooking more. The modular systems allow them to grow the kitchen without breaking all the equipment you already have.

"Secondly, a person can save a lot of money on power and fuel with a solar cooker, allowing them to cook with better equipment and ingredients. Finally, this device gives people a better environment in which to cook. The cooks here, they’re sitting on the ground. People are cutting food on the ground, giving cooks back pain, not to mention the thought of preparing food where people walk.”

While ADES - Madagascar continues to assist Madagascans in implementing more sustainable cooking technologies, the next step is to train up the leaders of tomorrow who can continue the work. For now, Frobel is the only ADES employee using CAD professionally, but he hopes to change that soon by way of education. After all, before Alibre Design, Frobel had never worked in a 3D CAD program before.

"I had never worked with a 3D program," comments Frobel. "I had experience with 2D, quite a lot, but never 3D. I bought a book from CadTec and started to teach myself. It was a bit hard at first, but after a few nights, I was really enthusiastic because the program helps you so much if you let it. It’s very logical, and that’s why I’m really surprised how quickly I could learn and teach myself with Alibre. I mean, I’m almost 60 with a white beard so my brain is already tired, but it was very fun to learn."

"The second goal that I want to reach is giving Madagascar's young people a chance that they don’t have at the moment. The universities don’t have any money to buy good software or computers for their students. So, I installed Alibre and showed them what I know. It’s a good thing to give them a chance to learn something that they can hardly otherwise learn in Madagascar."

"We would really like technical schools in Madagascar to start using Alibre Design. Aside from the lack of good software and computing, there is a serious lack of teachers here. I'm slowly introducing two new guys to Alibre Design, but since they haven't worked much with computers in the past, there is a slight learning curve. Alibre's logical and intuitive usability really helps the process. There is no shortage of inquisitive and clever pupils in Madagascar, though. That is exciting."

“Alibre Design allows us to accurately determine the parabolic curve and the support elements so that the efficiency of cooking can be increased. Additionally, we can discuss new product ideas in 3D with our animators to see what can be improved before the first prototypes are created.”
Dagobert Frobel
Co-Director, Madagascar
ADES - Madagascar