3D CAD/CAM for Workshops
Easy and powerful CAD and CAM to go from design to milling in one package.
$399FeaturesTry
SALE
More Info

There are experienced designers, and then there’s Helmuth Geiser. For almost 40 years Geiser has worn many hats: architect, engineer, inventor, innovator, and designer. Geiser says he’s had his hands in just about everything “from gadgets to medical devices.” To say he’s a Renaissance Man would be selling him short.

Before using Alibre, Geiser had significant CAD exposure, but in the world of architecture. Being an architect and also co-creating 3D CAD company himself, Geiser was no novice when he picked up a copy of Alibre Design in 2007 upon founding a company that produced small-scale wind turbines for the home. Even noting that experience, Geiser says learning Alibre Design was astonishingly easy.

“I have worked with a lot of other software before coming to Alibre Design, and what amazed me when I started with the software was the ease of working with it. There are lots of things you can do very quickly in Alibre Design that are much more arduous using other software,” Geiser noted.

From vision to reality

Geiser has spent the last few years focusing his talents on innovating structures for commercial and single-family design. His designs are unique, modern, pleasing to the eye, cost-efficient, stable, and light. Geiser’s creative vision is enhanced by the knowledge one can only achieve through decades of hands-on experience, and he’s able to give that vision life with Alibre Design.

“Before Alibre, I was mainly doing architecture and boat building using Chief Architect, which is a great program for regular construction methods, but if you’re doing something out of the ordinary; for example, I created a dome construction and I definitely wouldn’t have been able to accomplish this with Chief Architect. Alibre works. I’m basically able to do everything I want to do.

“When I approach a problem, I visualize a solution in my head and I’m able to create it in Alibre. That’s my creative process.” 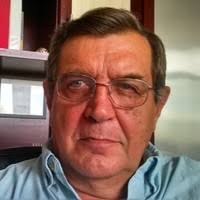 “I have worked with a lot of other software before coming to Alibre Design, and what amazed me when I started with the software was the ease of working with it. There are lots of things you can do very quickly in Alibre Design that are much more arduous using other software.”
Helmuth Geiser
HG Building Design

Helmuth’s most recent innovative structure design is his submission to redesign the autostrada over the Polcevera River in Italy. Bends in the structure make for beautiful accents in this design, and also serve a purpose: carry the load. This organic design allows the bridge to be constructed using ⅓ of the materials used in the former bridge, with better stabilization.

“it’s an innovative structure. The method is basically steel construction. Normally you have a linear axis or a straight beam, and this is basically using an organic form which is easy to make because we have bending machines, CNC components, and so on. It has been done in the past, but not for bridges.”

Geiser designed two separate models for this bridge in order to demonstrate how they would be constructed using different steel profiles. Designing with these materials in mind makes the construction of the bridge possible with a variety of methods. Geiser was able to accomplish designing both bridges relatively quickly using Alibre Design.

Helmuth has also turned his mind’s eye to designing structures rated strong enough to withstand earthquakes or hurricane force winds, but made out of recycled materials like shipping containers. Take this model, for example, that looks like Tony Stark had a hand in its design.

“This home serves as an example of shipping container construction. It is designed to be favorable for areas of high winds, earthquakes, etc. Assembling the containers in this way will achieve a very sound structure against forces of nature in an inexpensive way.”

“When I approach a problem, I visualize the solution in my head and I’m able to create it in Alibre. That’s my creative process.”
Helmuth Geiser
HG Building Design