From a dream, a revolution is born

Imagine you’re wrapping up a 47 year career in electrical engineering and you’ve never worked on 3D CAD a day in your life. You wake up from a dream of a completely re-imagined engine design and scramble to find a pen and piece of paper to document it. “The next morning it was clear that what I had sketched was an engine unlike anything I had seen before, and that I had only sketched a rough draft of the actual vision,” Wolverton remarks.

This is how Del Wolverton and his partners at WolvertonBailey came about inventing the Counterpoise Bi-Radial Engine, the first combustion engine to earn a US Patent in the last 30 years. Del has had quite the decorated career in engineering in his 47 years of advanced design and on-platform instruction, but his background in engine design is less than 8-years old, starting with his dream.

The engine is a breakthrough design that counter-rotates the bore assembly from the drive shaft, allowing the pistons to complete two cycles per rotation instead of just one. The result is an engine that produces almost twice the power of a standard 8-cylinder engine – with half the pistons.

Creatives will tell you that the hardest part of any endeavor is turning what’s in your mind’s eye into reality. Del needed a product that could help him achieve that goal with the Counterpoise Bi-radial Engine.

“Quite early on, we decided that we needed a tool that would help me show the details, and my experience with electronic drawing packages and 2D drawing programs led us on a search for a 3D drawing package,” Del recalls.

The search proved to be difficult, as Del and his team mulled over the options on the market. “We had determined that the cost of 3D CAD software was incredibly high and that unless we were students or in a school we would not be able to afford anything useful for another year or so. Then, we found Alibre Design. After several conversations with the sales people at Alibre, we decided to purchase the software. I had never used or watched anyone use 3D CAD software at this point. After acquiring the software, the design of the product became possible.”

Revving up the design process

Del had the idea and the software to make it happen, but now he had to learn to use Alibre Design to make his dream a reality. “Alibre Design came to us as an unknown,” Del commented. “I had no experience with the terminology of 3D design, or any program exactly like it. As you may imagine, I didn’t read the manual, so I had to call for help regularly during the first few weeks.”

It was a bit of work for Del to learn the program, but when he needed help, Alibre’s team of customer support staff was at the ready to answer his questions when he needed them. “I appreciated the fact that they were immediately ready to work with me to get past any current obstacle,” he says.

As he progressed, Del was able to use Alibre Design to its full potential. “The simple layouts of the menus were intuitive for a person with drafting skills to understand, even if the terminology was new and unique.”

Getting out a design to secure funding

Del had an idea, but now he had to prove it out. He needed a model designed quickly; with his skills in Alibre Design advancing more quickly than he could have imagined, he was able to deliver in time to get some much-needed funding. 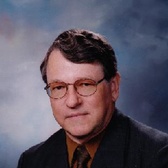 “I can safely say that if I had been working with a number of other major software companies during the learning curve, I would have missed a major deadline for funding.”
Del Wolverton
Chief Science Officer, WolvertonBailey, Inc

Del attributes much of his speedy learning and success in achieving the necessary funding to move forward building his dream to Alibre Design’s ease of use and support team. Del also utilized Alibre Design to create videos and images that were used in the production of marketing materials and whitepapers for WolvertonBailey.

“Without a doubt, had I been trying to learn how to use a more bloated software program as I was designing the engine of my dream, I would have lost precious time, and valuable information would have been forgotten.”

When designing an engine, precision in design is key. Ensuring the right formulae are correctly attributed to different aspects of the design is critical in ensuring the model’s effectiveness, and that’s why Del found Alibre Design’s spreadsheet driven design integral to its creation.

“I believe the most powerful and useful aspect of Alibre Design is my ability to create a spreadsheet with the critical formulas required in the drawing of the engine parts and assemblies, and to have certain dimensions calculated and captured by Alibre Design Design for automatic sizing and drawing.”

The Future of the Combustion Engine

WolvertonBailey has many irons in the fire. The highly configurable engine design is currently slated to be a light weight power source in boats, drones, and generators. They have signed a contract with Derek Automotive Technologies, Inc. (DAT) to use a LNG version of the engine to power a green, long-range entry-level vehicle. That same company is looking to produce LNG trucks which will easily outperform existing green truck performance.

A university is looking at the Counterpoise Bi-Radial Engine to produce Combined Power and Heat (CHP) in large scale greenhouses as the engine is well-suited for power generators. The rotating mass makes the engine reliable at maintaining output power stability during surges.

Finally, an Italian company is in talks with WolvertonBailey about providing the engine for their new hybrid system with longer battery life and safer operation. Del believes their international patent is suited for this operation, and that the internal combustion engine and hybrid power systems will be the model for the industry for the next 50 years. With their patent secured, WolvertonBailey is set to lead the charge for green automobiles for the foreseeable future.

What’s certain is the revolutionary design’s clear performance benefits over traditional combustion engine configurations are here to stay, and you’ll likely interact with a WolvertonBailey engine sooner than you think.

"Before I completed my first year in business I was able to conceive and design this new engine as well as 3D print it and deliver it to a university to be proved out. I call that nothing less than remarkable, and Alibre has been my trusted partner through the entire process."
Del Wolverton
Chief Science Officer
WolvertonBailey, Inc 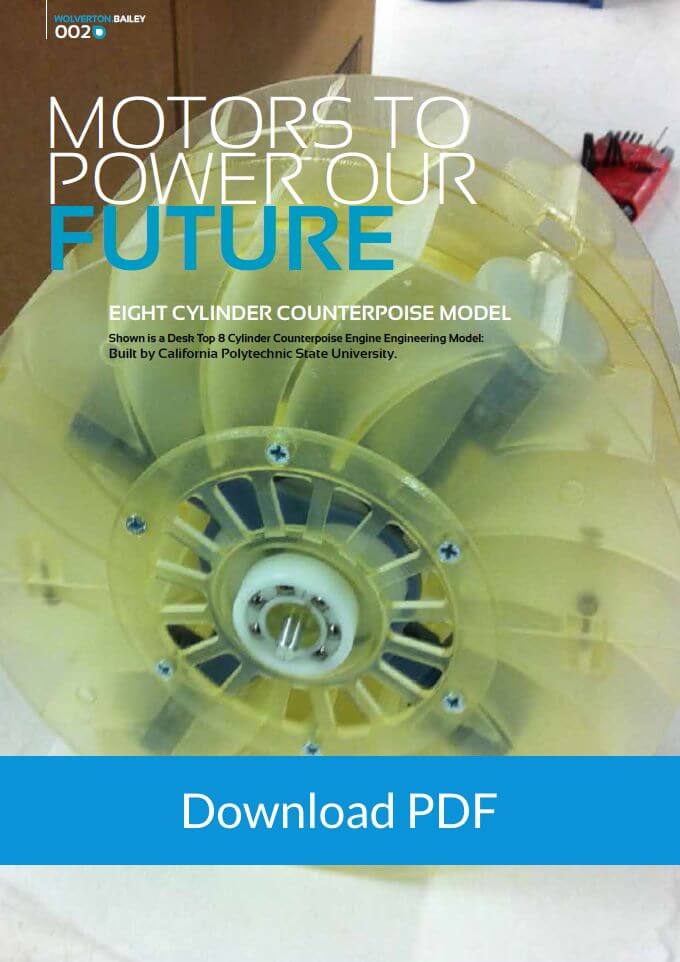